What is a hero - by Jim Seggie 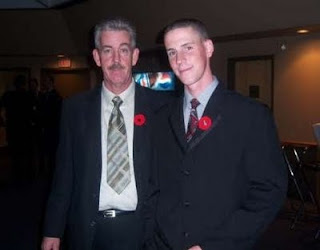 This write up was sent to me by Jim Seggie (Canadian Forces) Jim is also the father of Cpl Mike Seggie who was killed in Afghanistan in September 2008.  I met Jim & Shirley seggie on Facebook after I attened the funeral of Pte. Chad Horn who was also killed the same day along with Cpl Andrew Grenon.  Jim emailed me this and asked that I share it on this blog page.  Thank You Jim for sharing with us.

A person who, in the opinion of others, has heroic qualities or has performed a heroic act and is regarded as a model or ideal

I think we all have or own heroes, whether they have performed heroic acts or not, or have what is considered heroic qualities. We all have our own ideas of what is a hero is, or should be.

Some of us think sports stars are heroes, and to an extent I can relate to that. I do admire the skill, the talent, the poise that a pro football quarterback shows when he’s surrounded by four or five 300 pound defensive linemen, or an NHL goaltender under fire at close range from a 100 mph slapshot, but to me – they are not heroes.

While rock stars who sell millions of dollars of albums are very talented – to me – they are not heroes. They rarely are in dangerous situations that see their lives put at risk.

Celebrities are not heroes. They are celebrities. We too often confuse the terms “celebrity” and “hero”. Celebrities seek out the spotlight, expect people to fawn over them and to bend to their every wish – heroes do not.

Movie stars are not heroes. They get paid more money than we will ever see to portray heroes, generally inaccurately.

Recently, my wife and I had the honour of attending a ceremony in Rideau Hall, Ottawa that recognized acts of extraordinary courage. You have probably never heard of the people I am going to tell you about.

One of them is a young lady, a Canadian, who was then 11 years old, who saved her mom’s life. The citation reads:

Miranda Suggitt, S.C. Lindsay, Ontario Star of Courage
On November 22, 2005, Miranda Suggitt, then 11 years old, risked her life to prevent her mother from being shot. During the evening, Miranda’s father became intoxicated and violent, threatening her mother with a rifle. The rifle went off, missing the woman, who quickly ran outside. Miranda’s father followed his wife and pointed the weapon at her. Without any regard for her own life, Miranda stepped between the two and begged her father not to shoot. He yelled at her to move, but she stood her ground until others helped to take the rifle away and hold him until the police arrived. Through her actions, Miranda showed great courage and prevented a terrible tragedy.

Another hero is this young man, a fellow Manitoban:
Scott Borlase, M.B. Winnipeg, Manitoba Medal of Bravery
On January 31, 2009, 14-year-old Scott Borlase was instrumental in keeping his sister safe during a snowstorm on Lake Winnipeg, in Manitoba. Scott, his 11-year-old sister, and their father had started their snowmobile outing on a clear morning, but by early afternoon the weather had changed. They lost sight of the marked trail due to the severe winds and heavy snowfall. At one point, Scott’s father got off the snowmobile and collapsed to the ground. Unable to find a pulse, Scott made the decision to go for help with his sister. In the blinding storm, Scott drove in a straight line hoping to eventually reach the shoreline. Once at the shore, Scott was able to use his cell phone to call 911 and provide directions to their location. He brought his sister into a bush area away from the biting wind, and used a solar blanket to keep them warm until help finally arrived several hours later. Another search party located his father who, sadly, did not survive.

Two acts of extraordinary courage made all the more extraordinary by the relative youth of the recipients - have been well and justifiably recognized - But there are everyday heroes we don’t always recognize as heroes.

The local volunteer coaches– who patiently take those little people – our kids and grandkids – and teach them the intricacies of hockey, or baseball, or football or …or whatever sport or activity the kids decide to play. They do this of their own free will and on their own time, often without due recognition. They may not be perfect – but they are true heroes.

The person who stops to aid someone who has a flat tire or broken down car – that is a hero to the person in need at that time. It may seem like a small inconsequential action – but to the stranded motorist, their hero has found them and they have found their hero.

The teacher that goes the extra mile to mentor a student – to support and encourage their students to do their very best – to that student, that teacher is a hero. That teacher may have had to work after hours, without recognition or compensation.

Our police, firefighters, soldiers and paramedics – to those that need their services, they are heroes. We don’t often think about it and tend to take them for granted, but they do heroic things on a daily basis, whether it be rescuing someone from a life threatening situation, or just being there to ensure that we, as a community, are safe.

To those people who live along the banks of the Red River - and theAssiniboine River – the volunteers who gave their own time and effort to help their fellow Manitobans – they are heroes, and I am sure we can all agree on that point. Some of them have willingly put their own safety in jeopardy so that others may be safe. They are true heroes.

True heroes are easy to find – you just don’t realize it until you think about it. Our heroes are in our own neighbourhood, working, living, and going about their business, just like we do, without notice, without fanfare and no expectation of reward. I found some heroes hanging out in my house the other day…my wife Shirley, my daughter Michelle and her husband Mat, and our two grandchildren, Carson and Stella. They are what I consider to be heroes.

In fact all you have to do is look in front of you, behind you and either side of you, and you will soon find a hero. 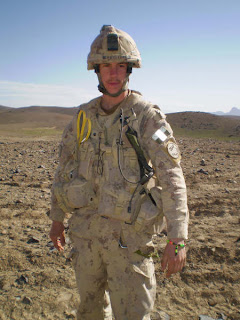